I was tasked with devising a series of poster designs that would highlight the charity Scotty’s Little Soldiers whose aim is to support bereaved British forces children.

The posters are hard-hitting and were designed to illustrate the impact the effect that bereavement can have on children. 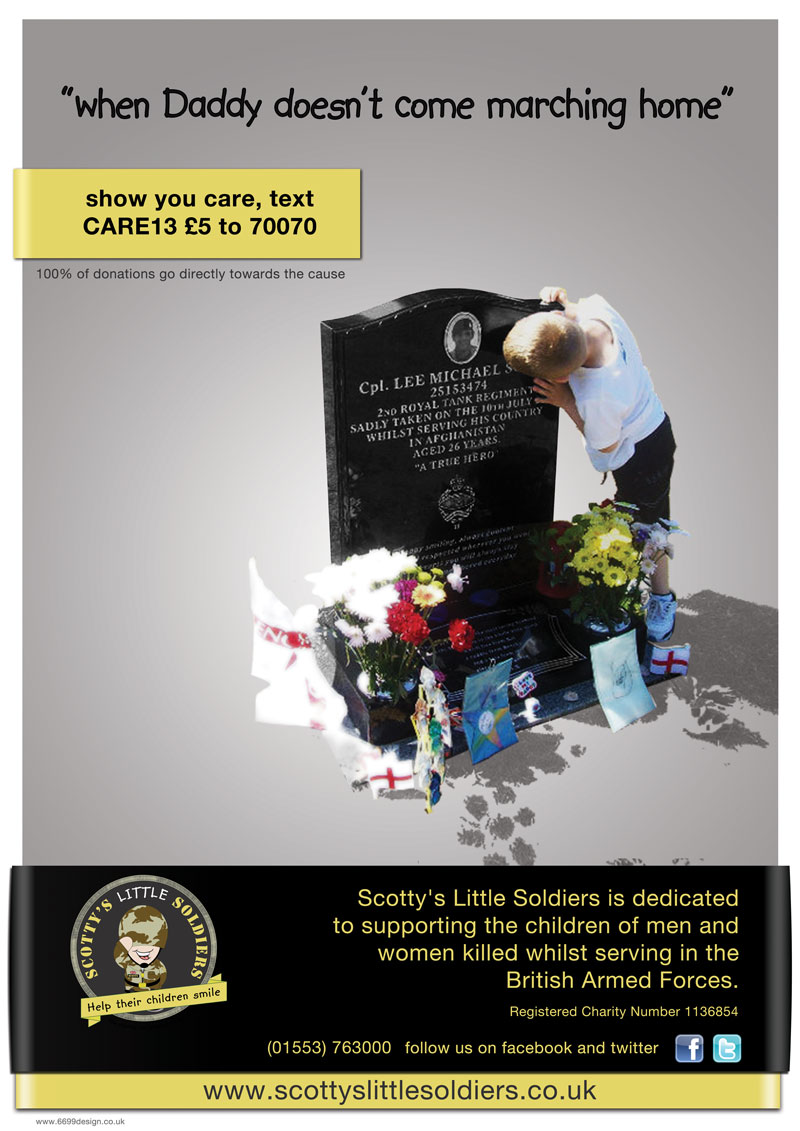